Hit enter to search or ESC to close
Blog

By admin7 november 2018 No Comments

Scoring a hit in Silicon Valley is probably way up there on many an entrepreneur’s list. If your name is Xavier Damman, though, you checked that box even before turning 30. Five years after starting Storify, Damman sold his company to Adobe, earning him an amount that put him in pole position for pretty much any plan that would follow, yet also raising a very big question: what’s next?

“I fall into the technology trap every day”

It’s early morning in New York City, but Xavier Damman doesn’t miss a beat when we talk to him about changing the game through technology, while not being submerged by the overload.

Asked what his biggest achievement is, Damman solemnly replies “It’s yet to come. Otherwise there would be no point in continuing to live, would there?” Touché. Pressed on the matter, Damman opens up about Storify for telling stories that uses what people share on social networks. His platform was used by top-tier news organisations around the world, including CNN, and fuelled Barack Obama’s presidential campaign.

“Having a big organisation like Al Jazeera use our product to do exactly what it was made for, and with the outcome that we’ve seen, has been phenomenal”, Damman recalls. “To me, that really shows what technology is all about: democratisation. It’s about giving more and more opportunities to people to do things that they want to be able to do.”

“Before technology, only a very limited amount of people could share ideas. There were two, three, maybe four newspapers per country. In Egypt, even those few options were controlled by the government. So, unless you were friends with the government, there was no way you were able to share your ideas publicly. Technology changed the game and enabled many more people to do it.”

“To me, technology is all about democratisation. It’s about giving more and more opportunities to people to do things that they want to be able to do.”

Storify’s own story ended in 2017, enabling Damman to embark on his next entrepreneurial journey. Again, his new venture employs technology to the benefit of the people. “The goal of Open Collective is to enable a new generation of non-profits that people can create as easily as they would a Facebook group”, Damman explains. “These new organisations are transparent by design, so that we don’t have to create any more of those really cumbersome, 20th-century legal entities.”

“Creating a neighbourhood organisation or a parent-teacher association — those things are universal. This problem is going to be solved at the global level.”

“The moon shot for Open Collective is to enable people to make a living by working for the community, and therefore be paid by the community. It’s crazy that in this world, the primary way to make money is to work for private interests.”

But what does a man do after closing the books on such a grand first success? “It took me a while to figure it out”, Damman admits. “At the end of the day, the most important thing you have in your lifetime is your time, right? So if I decide to work on this start-up or that, I know I’m stuck for the next five years, minimum.”

“Then I went to Belgium to join the Startup Manifesto in an attempt to make it suck less for entrepreneurs in Belgium. We quickly became a movement, with lots of positive energy, a hashtag and plenty of people joining in. Until we needed to print some stickers. Because everything on the internet is pretty much free, but once you get into the realm of atoms, someone has to pay for them.”

“We thought we’d put up a website to collect funds for our stickers, since there were plenty of people who wanted to support us. That should have been simple. Turns out it’s not. Even today, in order for a group of people with a shared purpose to collect money online, you first need to create a legal entity, open a bank account, elect a president and a treasurer, and so on. It just felt so wrong.”

“This whole structure was clearly meant for the 20th century, before the internet existed. In fact, in France, a non-profit is called ‘Association de Loi de 1901’, which, as its name suggests, is not really up to date. I figured there had to be a better way. It felt like something big enough, worth investing my time.”

“At the end of the day, the most important thing you have in your lifetime is your time, right? So if I decide to work on this start-up or that, I know I’m stuck for the next five years, minimum.”

Video killed the radio star. Or did it?

While technology clearly has its virtues, a lot of professionals find themselves lost among the many strands of the web. How does working in tech affect the impact technology has on the day-to-day schedule? “I fall into the technology trap every day”, Damman concedes. “I definitely overuse social media that are out there.”

How to keep ahead of the curb, then? Damman: “For me it’s more about having a healthy life: meditate every day, go for a run every other day. Seeing people, doing things that force you to be away from technology. I guess human beings naturally overuse new technologies. We are just not good at identifying what that technology is really good at. I think that’s human nature, though, there’s no point in fighting it.”

“The conversation shouldn’t start with technology, it should start with what you want to do. What are you passionate about? What do you want to achieve? Then let’s think about all those tools that can help you achieve your goals but realise that those are just tools.”

“When tv came along, we thought tv was going to kill the radio. It never did, we just started to use the radio for different things. We only knew how to use radio once we invented tv. The same way, we’ll only know how to use our smartphone when we come into contact with whatever comes next.”

“When you come out of that meditation, your mind is clear again, and boom! you are up to another morning, as if you were given a whole new day.” 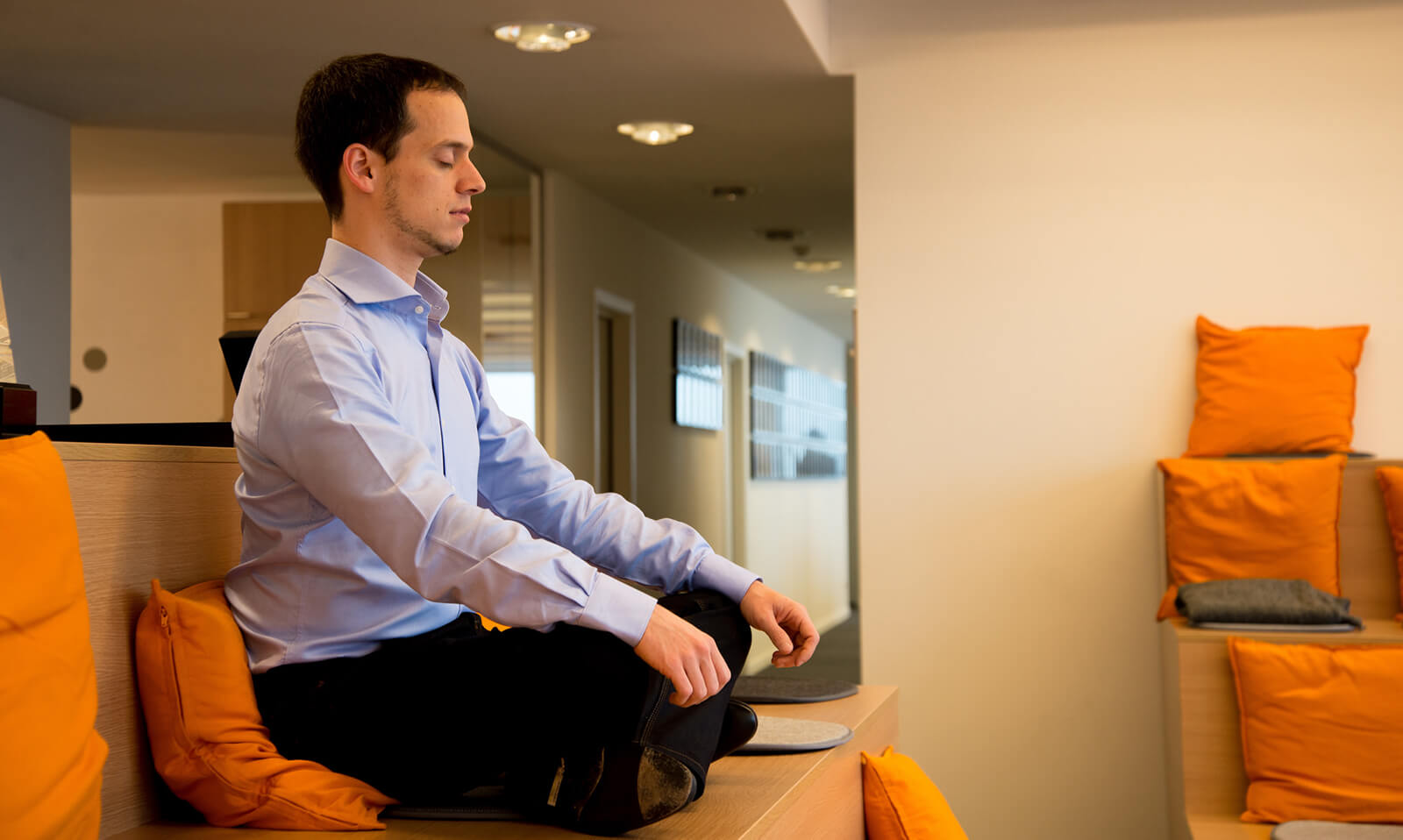 An investment in peace of mind

When asked what his smartest investment has been, Damman doesn’t give us the usual answers on cutting-edge technology that will save the world, cryptocurrencies or real estate development. “A 10-day silent meditation”, he replies, unflinchingly. “It changed my life—literally. To me, meditation is like learning how to surf. If you only do in short bits and don’t pass the level of balancing up on your board, you’ll just wonder what the fuss is all about. But once you pass a certain bar, you reach that level where you go ‘holy shit’.”

“In my education in Europe, we never talked about our minds and our thoughts. Until I got into meditation, I didn’t realise that my entire life so far, I’ve been a slave of my own mind. Now I’m aware I can control my mind, just like any other body part. Once you develop that muscle, you can apply the same principle to anything else: an abusive employer that you may be a slave of, abusive technology. Anything goes.”

“There is definitely an awakening in the West. All this time, the West has been looking for answers outside of the mind, while Eastern culture has always looked within. Now, we are reaching the end of this era of finding solace and solutions to our problems externally. I think it’s great. Five years ago, meditation was nowhere to be seen on my social media news feed. Now, it’s everywhere.”

“In the middle of the afternoon, around 3PM-ish, I take a 20-minute meditation. You know those tourist souvenirs? The bubbles with fake snow? It seems to me, as you go through the day, you’re shaking that bubble, seeing less and less clearly because there is so much cloud in your head now. And then when you sit about midday, you let it sit. When you come out of that meditation, your mind is clear again, and boom! you are up to another morning, as if you were given a whole new day.”